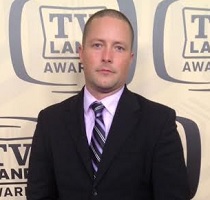 Benjamin Lott started in the industry in 2009 as a background driver for the movie Salt. This is where he met one of the Executive Producers for Small Miracles - David Catalano. Since 2009 he has worked with the stunts department which is where his passion is a total number of 10 times and worked over 20 overall feature films and television shows.